From the Desk of the Editor;
Welcome to Issue Nine, Volume Three of Larks Fiction Magazine! In this issue we are featuring works of prose that could or have or will happen in our world. This is realistic fiction week on Larks!
We are proud to announce our second edition of Larks Monthly online at Smashwords.com! Check it out for all the great literature from Feburary’s issues all in one convenient e-magazine you can take anywhere you have a computer or e-reader!
For more news about what we are up to at Larks HQ and in the literature world check out @LarksMedia, @Filozophy, and our Facebook page!
Yours,
Daniel J. Pool
LFM Editor
The House Two Doors Down
Peter McMillan
Herman's house was being taken down. The giant orange crab claw rhythmically dug into the shrinking house and pulled out the twisted, broken, and pulverized remains and dumped them into large steel bins. From my front window, I couldn’t see anyone operating the destructive machine. Several thickset men, with only their white faces unprotected from the cold, stood off at a distance, talking more with their hands than their voices.
Two doors down, right where two streets came together in a T, I had a good view. The sound effects were pretty good, too, especially when the jerking hydraulic claw dropped its heavy bucket load of debris. The sound reverberated through the naked trees, occasionally rattling the windows. With just a little imagination, the machine looked like a sea monster from the early days of Japanese horror movies. This one's name was Hitachi. I don't recall the name of the one Godzilla fought in the 1960s, but Godzilla would have been no match for what I was watching from my window. This thing was enormous. Its powerful orange arm, even flexed, was taller than the two-storey houses on either side, and fully extended it could probably top the blue spruce next to what had been the garage.
The machine monster was relentless in its demolition but remarkably under control. If it were to go berserk, the houses on three sides would have been summarily gutted just like Herman's. The round white-faced men propped up against their F-150s seemed to have trained this beast well. Every once in a while, one them would point or wave his arms or yell a single syllable command, and the beast would pause and then take a new course of action. I wondered if these things ever disobeyed or misbehaved—in real life, I mean, not in fictional horror stories and movies.
Just after five, when the last bin was driven off, and the machine monster had been loaded and chained in place on the heavy equipment hauler, the first real snow of the season started falling. It was sticking and probably covering the scarred land where Herman's house had been. If this kept up, I'd still be able to see out my window all night long, though now there’d just be a hole between two houses.
It’s not as if I liked or disliked Herman. I don't even know if Herman was his name. We never spoke or waved or anything. He kept to himself, too. Years ago when I used to get out, I’d walk my dog past his house a couple of times a day, and he was always there at the window. That was it. Two doors down and that’s the extent of our lives crossing. Nevertheless, I felt kinda sorry to see his house get ripped apart like that and treated like garbage. Maybe it's because I can see someone looking out their window one day and watching mine get demolished. I know it WILL happen. Watching Herman's house come down, I FELT it.
End
About the Author;
Peter McMillan is a freelance writer and ESL instructor who lives with his wife and two flat-coated retrievers on the northwest shore of Lake Ontario.
Get Back Better
By Eleanor Leonne Bennett 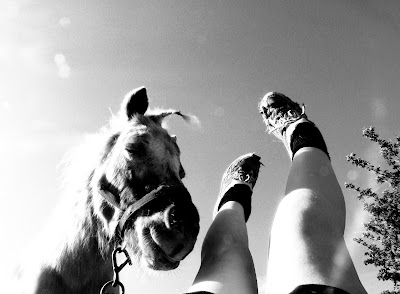 Eleanor is a 15 year old photographer and artist who has won contests with National Geographic, The Woodland Trust, The World Photography Organization, Winston’s Wish, Papworth Trust, Mencap, and Dot Dot Dash She was also the only person from the UK to have her work displayed in the National Geographic and Airbus run See The Bigger Picture global exhibition tour with the United Nations International Year Of Biodiversity 2010.Only visual artist published in the Taj Mahal Review June 2011. Youngest artist to be displayed in Charnwood Art's Vision 09 Exhibition and New Mill's Artlounge Dark Colours Exhibition.
See her website at www.eleanorleonnebennett.zenfolio.com

Email ThisBlogThis!Share to TwitterShare to FacebookShare to Pinterest
Labels: Charley Daveler, Peter McMillan, The Consequences of Smoke, The House Two Doors Down

See our monthly editions on Smashwords!

We are not accepting fiction, poetry, or art at this time. We hope to bring the blog back in the future.

For what guidelines when we are accepting submissions, see our Submissions page.